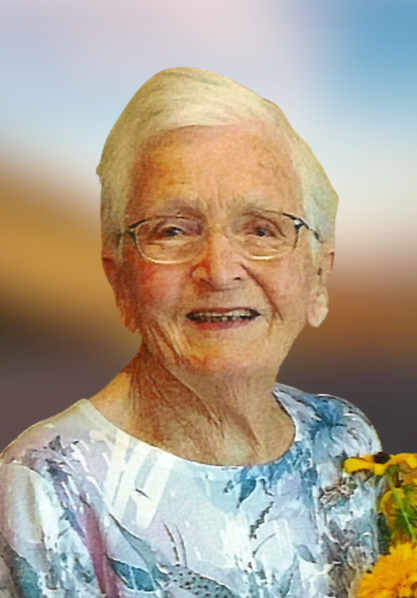 It is with great sadness that the family of Maude Elizabeth “Betty” Prince announce her death, which occurred on Friday, September 2, 2022, at the Saint John Regional Hospital, Saint John, NB. Born in Boston, Massachusetts, on July 25, 1927, she was a daughter of the late Harry and Mabel (Carson) Hendricks.

In addition to her parents, Betty was predeceased in 2016 by her loving husband of 69 years, Fred Prince; sisters: Ruth (Gordon) Brewer and Elsie (James) White; and her brother-in-law Donald (Patricia) Prince.

In her younger days Betty was continuously taking pictures, especially of the flowers and gardens that she loved so dearly. She looked forward to her annual trip to St. Martins to watch the tides roll in and out and have a bowl of her favorite fish chowder. You’d often find Betty sitting in her sun porch, watching the boats on the river, looking at the deer, or spending some quiet time observing the nature that surrounded her. She was loved, and will be missed by many.

Arrangements have been entrusted to Reid’s Funeral Home (506-832-5541), Hampton, NB. A public visitation will be held on Tuesday, September 6, 2022, from 4:00 to 8:00 PM at Hampton United Church, 24 Robb Crt, Hampton, NB. The funeral service will be held on Wednesday, September 7, 2022, at 11:00 AM also from Hampton United Church. An interment will take place immediately after the service at Hampton Rural Cemetery.

Donations in memory of Betty may be made to Hope for Dementia, Canadian Red Cross, or the charity of the donor’s choice. Personal condolences to the family and charitable donations may be made through ReidsFH.com

Share Your Memory of
Betty
Upload Your Memory View All Memories
Be the first to upload a memory!
Share A Memory