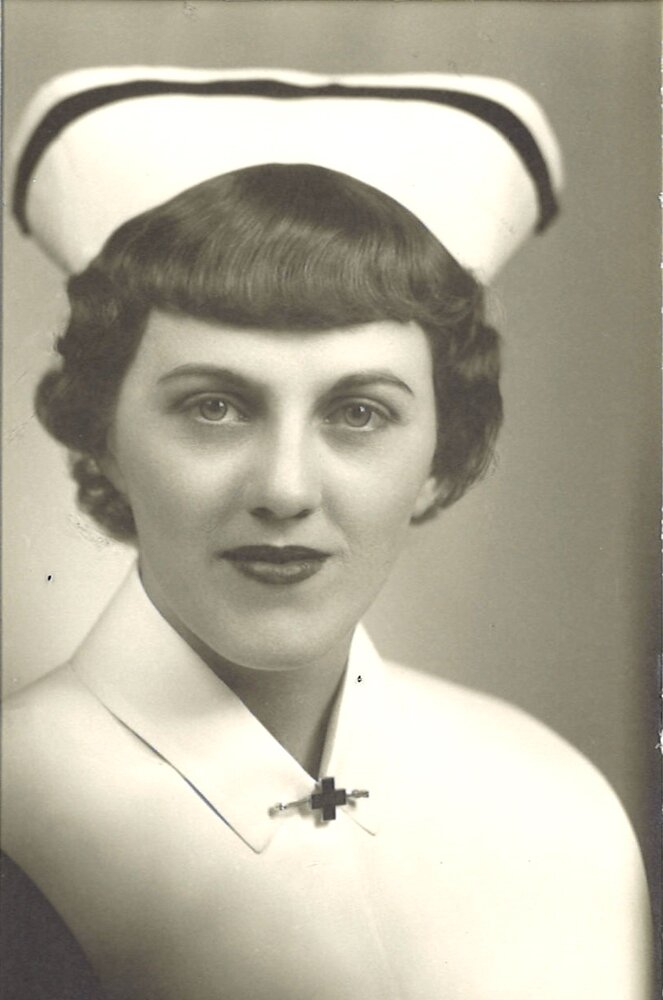 Get Directions
Wednesday
18
May

Dorothy Eileen Horncastle of Sussex, wife of the late Robert Freeman Horncastle, passed away peacefully on Monday, May 16, 2022 at the Kiwanis Nursing Home.  Born at Sussex, she was a daughter of the late Beverly and Mabel (Hall) Proctor.

Dot graduated with honours from Sussex High School, and then attended the Saint John School of Nursing, becoming a Registered Nurse.  She worked at the Saint John General Hospital until her marriage, when she moved to Halifax since her new husband was in the Royal Canadian Navy.

After returning to the Sussex area, Dot became involved in the Church of the Ascension, Lower Norton, where she sang in the choir, was a member of the Anglican Church Women, and the Ladies’ Auxiliary Quilting Club, as well as the Red Hats.  She enjoyed reading, walking, sewing, knitting, and flower gardening.

In retirement, Dot and Bob made a cross-Canada trip, stopping to see Bob’s Navy friends along the way.  They made their way down the western seaboard of the United States, and then returned home.  They subsequently took trips all over the world and were once introduced to the Prince and Princess of Wales.

Dot was predeceased by an infant daughter, Beverly; and by several brothers and sisters.

Relatives and friends are invited to attend the funeral service, which will be held on Wednesday, May 18, 2022 at 11:00 AM from the Church of the Ascension, 31 Norton Shore Road, Hampton.  Interment will follow in the adjoining cemetery.  For those who wish, remembrances to the Kiwanis Nursing Home would be appreciated by the family.  The arrangements are under the care and direction of Reid’s Funeral Home, 1063 Main Street, Hampton.  www.reidsfh.com.

Share Your Memory of
Dorothy
Upload Your Memory View All Memories
Be the first to upload a memory!
Share A Memory