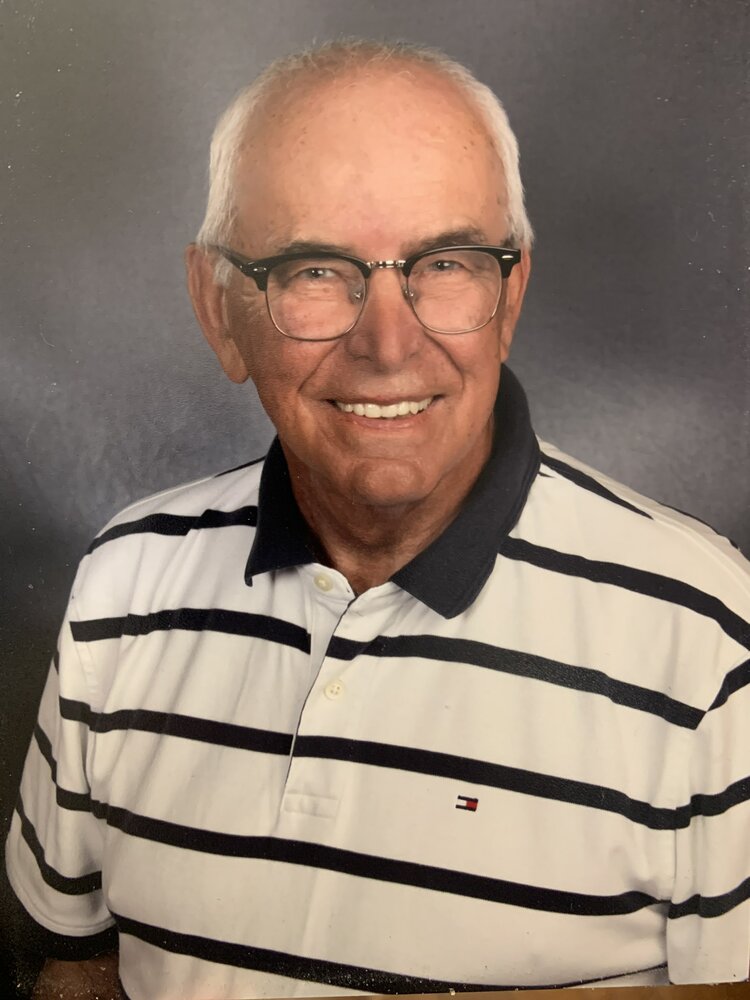 Celebration of Life for George Goucher

It is with a heavy heart that we announce the passing of George Frederick Goucher. He was born on November 27, 1942, in Annapolis Royal, NS, and died on April 16, 2022 at the Saint John Regional Hospital.  George was the son of the late George and Alberta (Longmire) Goucher and pre-deceased by his older brother Sherman, sister-in-law, Libby, and niece, Tina.

George, “Dub”, leaves behind his lifelong partner, Barbara (Keeping), after 59 years of marriage.

He will be sorely missed by his sister Elizabeth and her husband Art, and his brother Peter. He was deeply proud of his children: Glenn (Suzanne), of Montreal, Rick (Patti) and Derek of Saint John, and Cindy (Mike) Pope of New Maryland, NB.  George also leaves behind his nine treasured grandchildren: George (Natalie), Sam, Brooklyn, Olivia, Cameron, Emma, Ryan, Alexandria, Taylor, and his newest blessing, great-granddaughter, Marlowe. In addition, he leaves behind his daughter-in-law, Sheila, extended family members and many close friends.

George grew up in the Annapolis Valley and was part of the Naval Reserves in Halifax before moving to work at the Saint John Shipbuilding and Drydock in 1969. He was immensely proud of his 26-year career and of the success that he and his teams had in being part of a world class shipyard.

When he wasn’t working, he could be found playing fastball with the Saint John Alpines, with whom he was inducted into the NB Softball Hall of Fame.  He also loved golfing at the Hampton Golf Course and playing hockey with the Ken Gents.

He believed in giving back and showed it in many ways, including as a scout leader, a coach with youth sports, a member of the Masons, a volunteer at the Hampton Food Bank and by sharing his bounty from, in Barb’s words, “George’s Garden”.

He enjoyed taking his family on annual trips to Nova Scotia, traveling to PEI and Florida, and creating memories at Grand Lake and on their boat, the "Barbara May".  He also loved going where cards were being dealt, sports were being watched and stories were being shared, mostly by him.

Eventually, after raising his family in Gondola Point, he and Barb built a home in Hampton where they spent the majority of their retirement, offset by a decade of wonderful winters in Largo, FL.

George enjoyed 30+ “bonus years” as a result of the incredible medical professionals that have cared for him.  He never took one day for granted.   His family will be forever grateful to each member of his health team, including, but not limited to Dr. Collins, Dr. Gogan, Dr. Omotosso

Arrangements have been entrusted to Reid’s Funeral Home (506-832-5541), 1063 Main Street, Hampton, NB. A funeral for close family and friends will be held for George at St. Paul’s Anglican Church in Hampton on Saturday, April 23rd at 2pm.  Masks will be required, and the family respectfully ask that those with covid symptoms remain home.  A celebration of his life will take place on Saturday, June 25th, 2022 from 1 to 4PM at the Lighthouse River Centre, Hampton, NB.

In lieu of flowers, the family invites people to donate to the Kidney Foundation of Canada (Atlantic), or the Hampton Community Garden via St. Paul’s Anglican Church. Donations and condolences can be made at reidsfh.com, or directly at the following links:

Share Your Memory of
George
Upload Your Memory View All Memories
Be the first to upload a memory!
Share A Memory