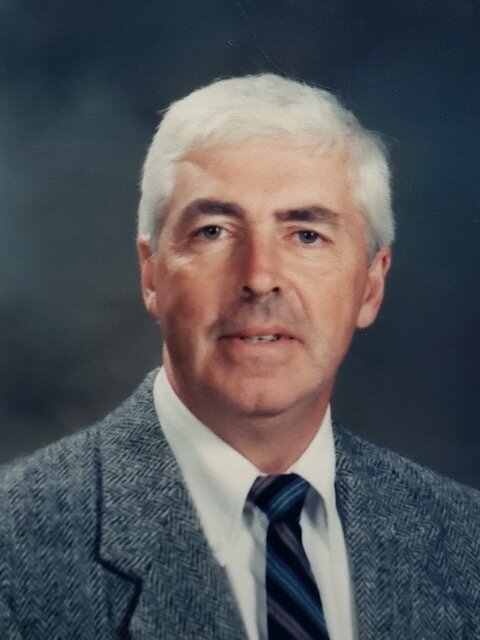 With sadness and appreciation for a life well lived, the family of Gordon Foster announces his passing at the Dr. V. A. Snow Centre on November 23rd. He is survived by his wife of 56 years Jean (Tvys), daughter Jennifer, sons Jay (Patty) and Kevin (Jody), grandchildren Leo, Clara and Melka, sisters-in-law Linda Desborough and Claire Foster, and several nieces and nephews. Gordon was predeceased by his brother Barry, sister-in-law Greta Tvys Balen and her husband Frank.

Gordon was born in Peterborough Ontario on January 3, 1940 to Evelyn MacLeod, formerly of Saint John, and Eldon Foster, formerly of Coldstream N.B. He grew up in Toronto and Quebec City, graduating from Quebec High School where he was very active in school and sports activities. He studied at the University of New Brunswick, earning a Bachelor of Education, Bachelor of Arts and Masters of Education. While at UNB he played a year of varsity basketball, but focused his four years on varsity football for the Red Bombers. After his university career, he had a professional tryout with the Montreal Alouettes.

Gord’s career in education took him to Quebec High School, Beaconsfield Junior High, Lakewood Heights Elementary, Belleisle Elementary, Hampton Junior High, and Macdonald Consolidated. The majority of his career was spent as principal of Hampton Junior High where he is remembered for his interaction with and mentoring of students, the innumerable teams he coached, and the canoe trips he organized.

Gord had a passion for life and threw himself wholeheartedly into everything he did. He was a city boy who loved the country and spent 43 years on a hobby farm in Smithtown raising animals, with a particular interest in standardbred horses.

He particularly enjoyed curling, golf, and sailing, and served on the administration of the clubs involved. As well, he served as a community representative on the College of Physicians and Surgeons and on the board of the Dr. V. A. Snow Centre.

Gord was active in provincial politics in the 1970s and ran for office in the riding of Saint John East under the Liberal banner.

Visitation will be hosted by Reid’s Funeral Home - Lighthouse River Center (506-832-5541), 1063 Main Street, Hampton, NB, on Saturday, November 27 from 1- 4 pm.  A celebration of Gord’s life will be hosted at the Hampton Curling Club on Sunday, November 28 at 2 pm. Due to the provincially-mandated COVID-19 regulations, proof of identification and vaccinations must be provided before entering the Lighthouse River Centre and curling club.  Masks must also be worn inside the buildings.

The family would like to extend a special thank you to the staff of the Dr. V. A. Snow Centre for their kindness and compassion.

Memorial donations may be made to the Dr. V. A. Snow Centre, your local food bank, or to a charity of the donor’s choice.