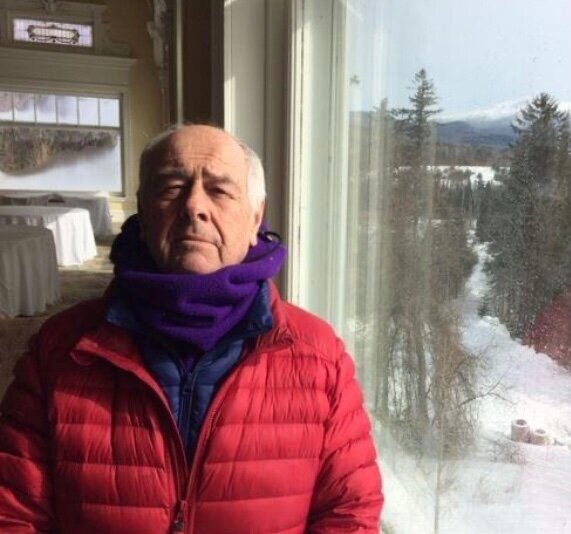 With sadness, the family of John Campbell Lloyd Hudson wish to announce his unexpected but peaceful death at his home in Saint John on Sunday, November 21, 2021. Born in St. John’s, NL, on September 10, 1946, he was the son of the late Lloyd and Violet (Meaney) Hudson.

John was a proud father and grandfather as well as a great friend to many people. He is survived by his daughters: Rev. Kelly Hudson-Lewis (John) of Hampton, NB and Jennifer Carda (John) of Omaha, Nebraska and their mom, Heather Hudson of Saint John, NB; grandchildren: Jack and Annie of Omaha, Nebraska, who will miss their 'Grandad' dearly. John’s greatest pleasure was following their success in athletic and educational endeavours. John will also be missed by his sister Carole Grant (Garry) of Vancouver, BC; cousin John Meaney of Saint John, NB; step-grandchildren: Devan and Kaitlan Lewis of St. John’s, NL; as well as many special friends. In addition to his parents, John was predeceased by his brother Robert Hudson.

John is an alumna of St Bon’s College, Brother Rice, and Memorial University all in St. John's, NL. He had a love for sports - a passion for golf and special memories of his glory days of hockey and part of the winning team of the prestigious Boyle Trophy.

Through building connections with his sons-in-law, he followed NFL and US College Football and NASCAR.

John was always in motion whether it was walking the streets of Uptown Saint John or running 5K and 10K races (including one with Jack and Annie who “smoked him”). Even at the age of 75, he continued to live his signature phrase: "Keep Healthy!" John was always at the Saint John Y and loved hiking New Brunswick's beautiful trails and kayaking the Kennebecasis River.

John loved telling stories and connecting with family and friends by phone, coffee/tea visits or Sunday Family Supper in person or by Zoom. He found peace in being in the outdoors camping, at a bonfire, looking at the stars or a great steak BBQ. You can honour John’s life by catching up with an old friend or making a new one, taking time to breathe, being in nature and being grateful for family and friends.

Arrangements have been entrusted to Reid’s Funeral Home (506-832-5541), 1063 Main Street, Hampton, NB. Visitation will be held on Sunday, January 2nd, 2022, from 6-8PM from Portland United Church, 50 Newport Crescent, Saint John, NB with a Masonic Lodge Tribute beginning at 5:30PM. A Celebration of John’s life will be held on Monday, January 3 at 2PM from Portland United Church.

Due to the provincially mandated COVID-19 regulations, proof of identification & vaccinations must be provided before entering Portland United Church. Masks must also be worn inside the building

In lieu of flowers, donations in memory of John may be made to the YMCA of Greater Saint John – Strong Communities Campaign to make a difference in the lives of children, families, seniors and helping our community “keep healthy”. Donations can also be made to Mount Michael School of Elkhorn, Nebraska (Memorials and Tributes) www.mountmichael.com/donate or a donation to a charity of your choice.

Personal condolences to the family and donations may be made through www.ReidsFH.com