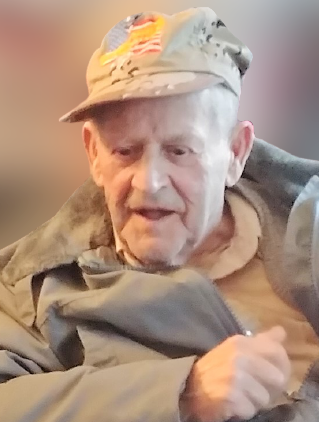 It is with great sadness that the family of Karl Wolff announce his death, which occurred on November 14, 2021, at the Saint John Regional Hospital. Born on November 7, 1929, in Offenbach, Germany, he was the son of the late Karl H. and Victoria (Frolick) Wolff.

Karl is survived by his son, Karl Wolff of Corpus Christi, TX; along with his grandchildren: Karl Michael, Lacy, and Danielle; sister, Mellita Plank; along with several great-grandchildren, and extended family members. He will also be missed by his special friends, Tom and Phyllis Flowers. In addition to his parents, Karl was predeceased by his loving wife, Esther (Findly) Wolff; and his children: Carol-Anne and Ian Scott.

Karl was an avid Ham Radio operator and even had his own 40-foot towers on his property. Having taught himself multiple languages, he was always ready for a good conversation with almost anyone. As a bricklayer, he had no fear of heights, and his friends would often find him climbing one of his towers to make sure everything was working just perfectly. He loved fishing, soccer, old westerns, and his flowers, for which he won many awards over the years. In fact, everything Karl did was well thought through and meticulously executed. He had a  generous spirit, and would do anything for anyone in need. In his later years he loved visits with his neighbours Tom, Phyllis, and their grandchildren

Arrangements have been entrusted to Reid’s Funeral Home (506-832-5541), 1063 Main Street, Hampton, NB. A Burial Service will be held from Hampton Rural Cemetery on Friday, November 19, 2021, at 11:00am. Donations in memory of Karl may be made to the CNIB or a charity of the donor’s choice. Personal condolences to the family and donations may be made through ReidsFH.com

Share Your Memory of
Karl
Upload Your Memory View All Memories
Be the first to upload a memory!
Share A Memory