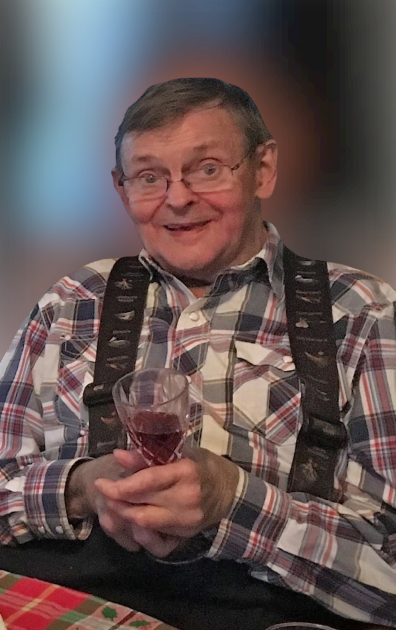 It is with great sadness that the family of Leslie Alfred Lamb announce his death, which occurred on Wednesday, December 28, 2022, at the Saint John Regional Hospital, Saint John, NB, with his wife Pat and brother Bill by his side. Born in Kingston, NB, on June 4, 1942, he was a son of the late Wilfred and Mable (Scribner) Lamb.

Les was an electrician, mechanic, and a “FORD” man at heart. He worked at various locations including Downey Ford, Parkway Mercury, and Lamb Ford Sales in Sussex where he retired as the Service Manager in 2002.

Les had many hobbies and interests in his lifetime. He enjoyed Thursday night poker, snowmobiling, fishing with Dave Doyle at Balls Lake, and hunting moose and deer with his uncle Elmer Scribner. Something he was particularly well-known for was his stock car racing: he would lose sleep the night before a race trying to figure out a way to beat Billy Sommerville.

Many hours were spent in his well-tooled garage. Les’ pet project was restoring his ’76 Ford Mustang Cobra II, while helping those who dropped in with their mechanical issues. His family and friends will miss his innovative mind; especially how he would make “after-market modifications" on many items to customize their functionality. Amazon has lost a good customer that always loved buying the latest electronic gadget.

The family would like to acknowledge all the support it has received over the years from many people; too numerous to exhaustively list. Elmer provided early mentorship and a continued lifelong friendship to Les. Brother Bill, Vic Healey, and many additional friends were available in times of need. Hannah made the last few months brighter for Les with her outstanding care and compassion. Les was blessed to have so many loving "A1 buddies" and family in his life.

The family would also like to thank Dr. L. McMackin, Dr. A. Rombaut, KV and SJ Extra-Mural, as well as the physicians, nurses, and staff of 5CN.

Donations in memory of Les may be made to Extra-Mural – Saint John, Extra-Mural – Kennebecasis, Rheumatoid Arthritis Society, or a charity of the donor’s choice. Personal condolences to the family and charitable donations may be made through: ReidsFH.com

Share Your Memory of
Les
Upload Your Memory View All Memories
Be the first to upload a memory!
Share A Memory