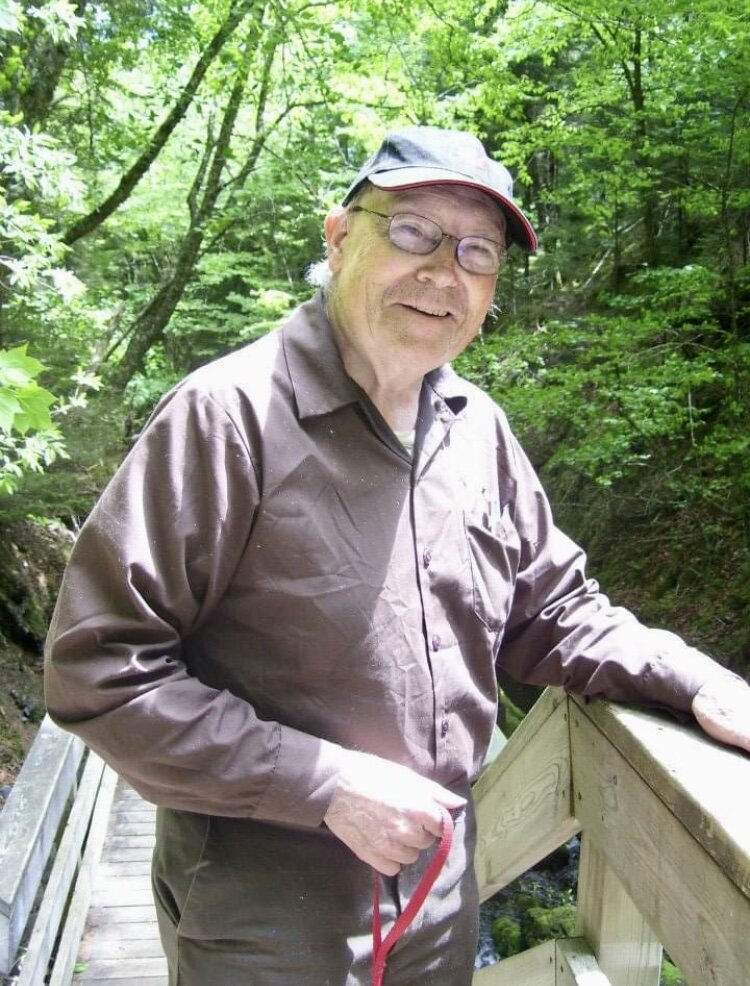 It is with great sadness that the family of William “Bill” Beyea announce his death, which occurred on Sunday, December 11, 2022, in Hampton, New Brunswick. Born in Smithtown, NB on September 11, 1933, he was the son of the late Karl and Phoebe (Hopper) Beyea.

Bill was raised on and worked the family farm and sawmill. He studied at the Saint John Institute of Technology where he graduated as a Stationary Engineer. He received the prize as the best all round engineering student in the province. He was employed at Saint John High School, Joseph A. Likely Ltd., Admiral Beatty Hotel, where he met Nina, his wife of 47 years. He also worked at and retired from Centracare after 23 years of service.

As a man of faith in Jesus Christ, he was a lifelong member of Nauwigewauk Christian Church. He served in several roles there; most recently as Sunday School Teacher and Elder.

He could usually be found outdoors, working/walking in the woods with his dogs; or growing his vegetable gardens.

He was a “handyman” who could fix anything.

He was a very loving, devoted Husband, Father and Grandfather. He set the example of being thoughtful and kind by putting the needs of others above his own.

Bill is survived by his children: Liza McGovern (Shane) of Grand Bay-Westfield, NB, and Paul Beyea (Katie) of Hampton, NB; grandchildren: Brooke, Lucas, and Rhylee; brother David Beyea; as well as several nieces and nephews. In addition to his parents, Bill was predeceased by his loving wife Nina Beyea in January of 2022; brother Karl Beyea; son, baby William; and infant twin sisters Alice and Mina Beyea.

Donations in memory of Bill may be made to the Nauwigewauk Christian Church or to the charity of the donor’s choice. Personal condolences to the family and donations may be made through ReidsFH.com

Share Your Memory of
Bill
Upload Your Memory View All Memories
Be the first to upload a memory!
Share A Memory