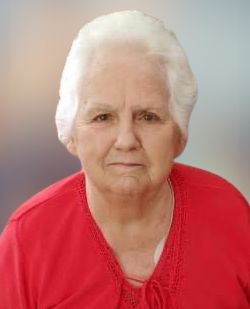 It is with great sadness that the family of Elizabeth Helen “Louise” Long announce her passing, which occurred on Thursday, December 15, 2022, at the Saint John Regional Hospital, Saint John, NB. Born in Salt Springs, NB, on August 20, 1940, she was a daughter of the late Ralph and Mabel (Campbell) Carson.

Louise loved her family completely and unconditionally, and if she loved you once she loved you forever. Her own children were the apple of her eye, but she loved every child that she met. She was so popular with the children in the community that they all called her “Gram”.  She enjoyed camping because it meant time in the sun with family, and she was always baking because it meant that the children around her had a special treat to eat. She taught her children to love each other, and in doing so she became the rock of her family. She was their hero, and she seemed to carry all of them through their most difficult times. Her greatest love, with whom she had a rare and special bond, was her Robert. They loved each other with an inspirational love that demonstrated sacrifice and true companionship. Louise will be missed by everyone she knows.

Arrangements have been entrusted to Reid’s Funeral Home (506-832-5541), 1063 Main Street, Hampton, NB. A funeral service will be held from Salt Springs Baptist Church on Monday, December 19, 2022, at 11:00 AM. Donations in memory of Louise may be made to Diabetes Canada, the Kidney Foundation or a charity of the donor’s choice. Personal condolences to the family and charitable donations may be made through ReidsFH.com

Share Your Memory of
Louise
Upload Your Memory View All Memories
Be the first to upload a memory!
Share A Memory