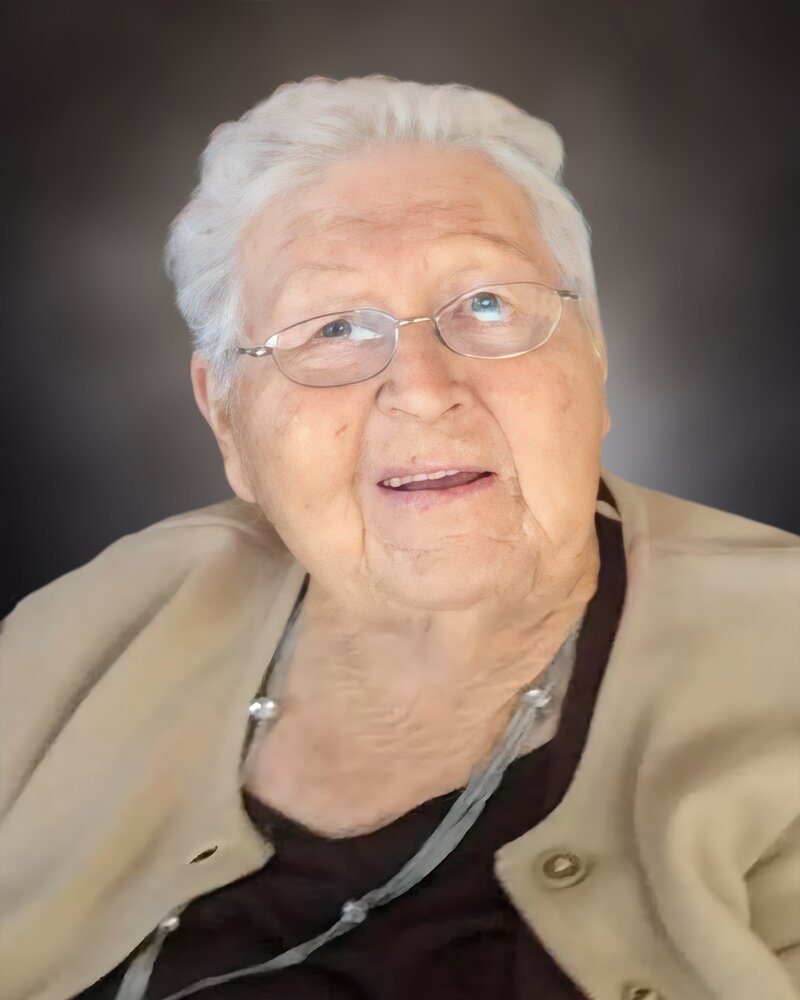 It is with great sadness that the family of Jean Christie Scribner announce her passing, which occurred on Saturday, December 10, 2022, at Great Oaks Special Care Home, Wickham, NB. Born in Île d'Orléans, PQ, on January 4, 1923, she was the last surviving member of her immediate family, a daughter of the late Thomas and Jeanne (Christie) Brown.

Jean grew up on the Kingston Peninsula, where she met the love of her life, George. They were married in West Saint John in 1942 and began adding to their family the following year. They lived for many years in Rothesay before moving to South Branch. Jean was a strong willed, country girl at heart and worked hard all her life, even building their Rothesay family home from the wood taken from an old barn in the Hampton marsh. She loved horses and in her later years took to knitting, baking, and enjoying the hummingbirds.

The family would like to extend their sincere appreciation to the staff of Great Oaks Special Care Home, especially Alvin and Dorothy McDonald.

Donations in memory of Jean may be made to the charity of the donor’s choice. Personal condolences to the family and charitable donations may be made through ReidsFH.com

Share Your Memory of
Jean
Upload Your Memory View All Memories
Be the first to upload a memory!
Share A Memory