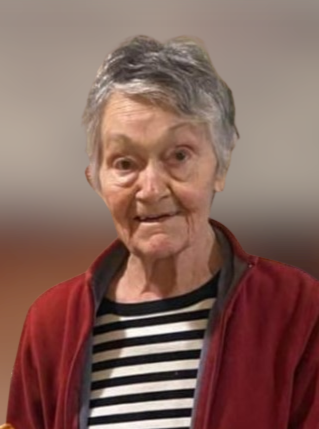 Peggy Phyllis Trites, 88, of Moncton, New Brunswick, passed away peacefully at home, on October 30, 2022, surrounded by her loved ones. Peggy was born on the family farm in Elgin, NB, on March 4, 1934, to her loving parents, the late Charles and Dorothy (Wilson) Stewart.

In her working years she owned and operated 5 successful businesses, all while raising her 5 beautiful children. She enjoyed a glass of rum and a game of poker with many friends and family.

Peggy is survived by, and will be lovingly remembered by, her sister Mary Gormley; two sons: Mark (Glenna) and Rick; and two daughters, Judy Trites (Tim) and Kim Cameron (Kevin).  She will also be dearly missed by her grandchildren; Chris, Karina, Jamie, Caleb, Carrie, Josh, Travis, Justin, Adam, Ashley, and Kylie; 5 great-grandchildren who affectionately referred to her as Gigi; and dear friend, Wayne Barlow; as well as many special nieces, nephews, extended family members, and friends.

The family would like to give a special thanks to Dr. Enright, Peggy’s extramural nurses, and her personal support workers who made it possible for her to pass away at home.

Arrangements have been entrusted to Reid’s Funeral Home (506-832-5541), 1063 Main Street, Hampton, NB, and will be held privately. Donations in memory of Peggy may be made to a food bank or charity of the donor’s choice. Personal condolences to the family and donations may be made through ReidsFH.com

Share Your Memory of
Peggy
Upload Your Memory View All Memories
Be the first to upload a memory!
Share A Memory