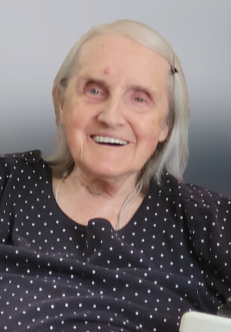 Obituary of Vera Orla May Northrup

It is with sadness that the family of Vera Orla May Northrup announce her passing, which occurred on Wednesday, October 26, 2022 at the Saint John Regional Hospital. Born in Barnesville, NB, on October 27, 1935, she was a daughter of the late Ruel and Annabelle (Verner) Totten and wife of the late Thomas Northrup.

Vera was a longstanding member of the Seventh Day Adventist Church in Barnesville, and spent many visits at their retreat in Pugwash. She and her sister Elma spent many hours making quilts for newborns in the community, and for anyone in need. Grandchildren were the light of her life. She loved all things nature, was an avid hunter in her younger years, and always had a yard full of bright flowers and veggies growing. Vera's passion for bird watching filled her heart with joy.

Donations in memory of Vera may be made to Barnesville Seventh Day Adventist Church, Saint John Regional Palliative Care Unit or a charity of the donor’s choice. Personal condolences to the family and donations may be made through ReidsFH.com

Share Your Memory of
Vera
Upload Your Memory View All Memories
Be the first to upload a memory!
Share A Memory