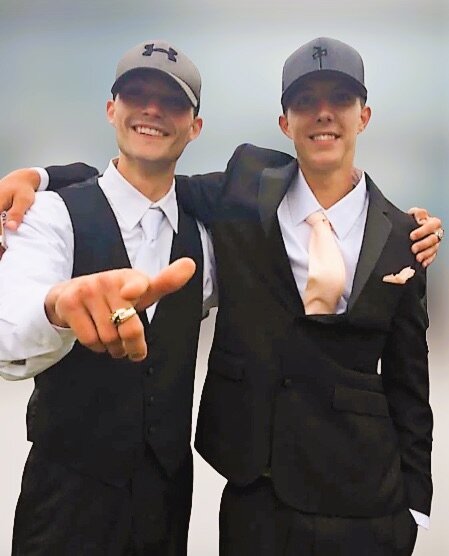 The family of Dylan James Vautour and Devin Keith Sabean are heartbroken to announce that their precious sons passed away tragically on Friday, July 8, 2022. Dylan was born on April 13, 1998, and Devin was born on August 18, 1999. Both boys were born in Saint John, NB, and were sons of Patrick and Shawna (Vautour) Sabean.

In addition to their parents, Dylan and Devin are survived by Dylan’s daughter, and Devin’s niece, Gabriella “Gibby” Mary Lynn; sister, Julia Marie (Nathan); grandmother, Mary McGrath; aunt’s: Krista (Shawn), Tammy (Jim), Wanda, and Shelly; uncle Teddy; close cousins: Jake, Adin, and Tori, along with many other extended family members. Dylan will be greatly missed by the love of his life, and Gabriella’s mom, Nikita; and his close friends: Dakota, Robbie, Zach, Tyler, Devin E, and Chris. Devin will also be missed by his girlfriend, Madison; and his close friends: Zach B, Tyler, Zach D, Devin E, and Paul. The brothers have been well loved by their whole community and have made many personal and work friends over the years. Dylan and Devin were predeceased by their grandfather, Norman “Pup” McGrath.

Both brothers had a passion for anything that had a motor, especially fast cars, bikes, and four wheelers. Their greatest passion was the time they spent building and working on cars with their dad, while mom was watching from the porch. You can’t talk about Dylan and Devin without mentioning their special four-legged family, Dylan’s buddies Bronx & Storm, and Devin’s best friend “Gansta” Frank.  Their family of 5 were best friends and have an unbreakable bond.

Donations in memory of Dylan and Devin may be made via their GoFundMe page at https://gofund.me/ca3bc8a2, the living memorial, or a charity of the donor’s choice. Personal condolences to the family and charitable donations may be made through: ReidsFH.com

Share Your Memory of
Dylan Vautour and Devin
Upload Your Memory View All Memories
Be the first to upload a memory!
Share A Memory