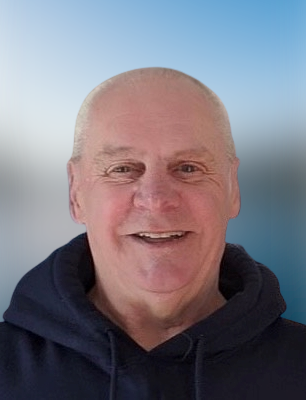 It is with heavy hearts that we announce the passing of our beloved husband, father and papa, Douglas “Brian” Thorne. Born on May 30, 1950, Brian was a son of the late Albert “Raymond” and Barbara “Jean” (nee Chadsey) Thorne.

Brian is survived by his loving wife and partner of 54 years, Glenda (nee Andrews); daughter Amanda (Steve DiPaolo); son Paul (Alain Richard) of Halifax; three granddaughters: Brooke, Claire, and Ally, all of Quispamsis; and his siblings, Stephanie, Danny, Mark, Shannon (Dave), and Andrew (Sheena). The family would also like to thank his dear friend, Milton (Jackie) Saunders for being there for Brian over the last several years to have a chat and listen to all of Brian’s stories.

Brian was originally from Sherbrooke, Quebec, and was a mischievous adolescent before joining The Sherbrooke Hussars, where he served as corporal in the reserves. Brian and the family moved to Hampton, New Brunswick in 1987. Brian enjoyed reading, gardening, fishing, visiting the Salmon River camp with his son in law and his friends. Most of all Brian loved cooking meals for his family, including his famous Christmas gravy that his granddaughters asked for all year long. Since retiring, Brian focused on spending time with family including hours on his favourite rocking chair on Paul and Alain’s sun porch in Halifax.

Arrangements have been entrusted to Reid’s Funeral Home (506-832-5541), 1063 Main Street, Hampton, NB, and to respect Brian’s wishes the family will hold all events privately. In lieu of flowers, the family suggests a donation to Parkinson Canada, the Canadian Cancer Society, the Heart and Stroke Foundation, or a charity of your choice in his memory.

Share Your Memory of
Brian
Upload Your Memory View All Memories
Be the first to upload a memory!
Share A Memory