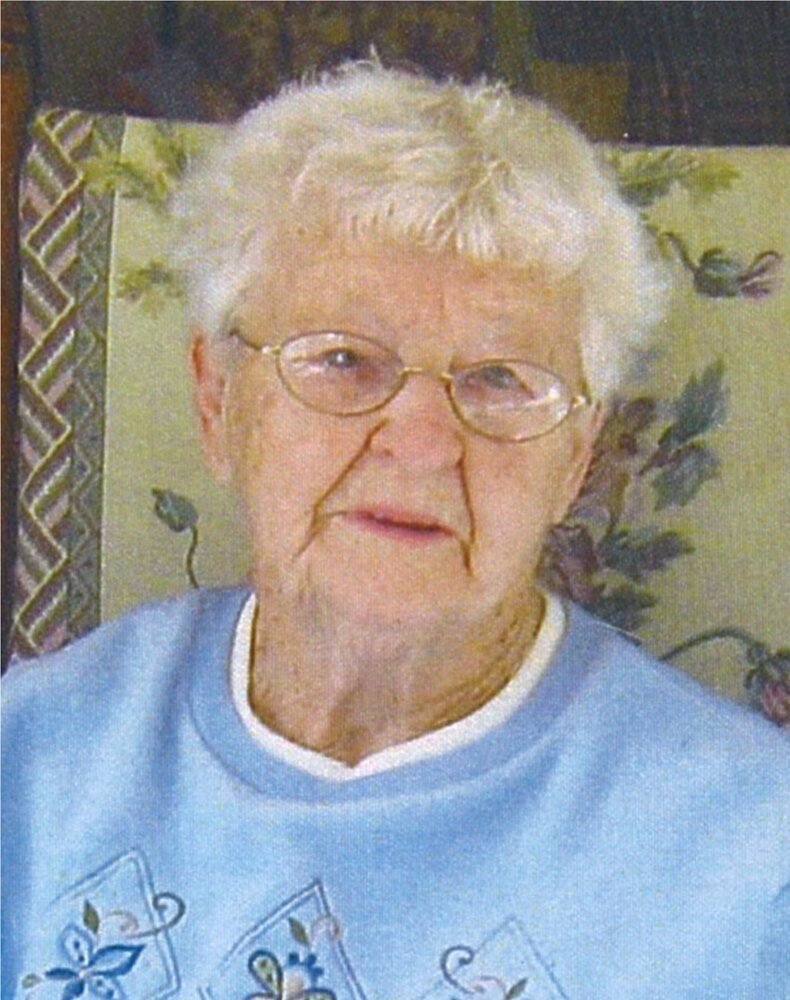 It is with great sadness that the family of Laura Mae Drummond announce her passing which occurred on April 22, 2022, at the Rocmaura Nursing Home, Saint John, New Brunswick. Born in Penobsquis, NB on December 8, 1925 she was the daughter of the late Joseph and Loadicea (Cook) Teakles.

Arrangements have been entrusted to Reid’s Funeral Home (506-832-5541), 1063 Main Street, Hampton, NB. Visitation will be held on Tuesday, April 26, 2022 from 3 to 7PM at Hampton United Church, 24 Robb Court, Hampton. The funeral service will be held on Wednesday, April 27, 2022 at 11:00AM from Hampton United Church. A private family interment will take place at St. Peter's Anglican Cemetery, Upham, at a later date.

Donations in memory of Laura may be made to the IWK Foundation or to the charity of the donor’s choice. Personal condolences to the family and charitable donations may be made through ReidsFH.com

Share Your Memory of
Laura
Upload Your Memory View All Memories
Be the first to upload a memory!
Share A Memory