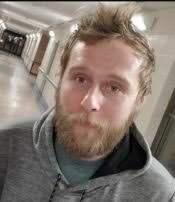 It’s with a heavy heart that the family announce the sudden passing of Jeffrey Cecil Scullion at age 32 , on April 1,2022 .

Jeffrey was born May 24, 1989 in Fredericton New Brunswick, the majority of his childhood was spent in Petawawa and later lived in  Embrun  Ontario .Jeffery attended school in Embrum  . Jeffrey was passionate about music , gaming , basketball and carpentry. He  was a kind and caring man `that won the hearts of people who knew him.In Alberta Jeffery entered the trades as a carpenter and was looking forward to make him life career.

Jeffrey will be deeply missed by his father; Shawn Scullion (Suzanne ) of Casselman ON, his mother; Susie Travis-Warawa (Ken) of Leduc AB, his Brother Travis Scullion (Angèle ) of Pembroke ON, his  grandfather; Cecil Scullion (Catherine Parlee) of Hampton NB. All of his Aunts, Uncles and Cousins from both families. Jeffrey was predeceased by his paternal grandmother; Patricia Scullion of Hampton  NB. His maternal grandfather and grandmother, Barry and Irene Traviss of Gooderham, ON. Also, Aunt Kimberly Taylor, uncle Waldo Berry, uncle Denis Roy and his cousin Sophia Fairweather.

A Memorial Service celebrating Jeffrey life will be held this summer at the Church of the Ascension, 31 Norton Shore Rd., Hampton, followed by a burial at Titus Hill Cemetery.

Donations in memory of Jeffrey can be made to ALS or to a charity of the donor’s choice.

Share Your Memory of
Jeffery
Upload Your Memory View All Memories
Be the first to upload a memory!
Share A Memory