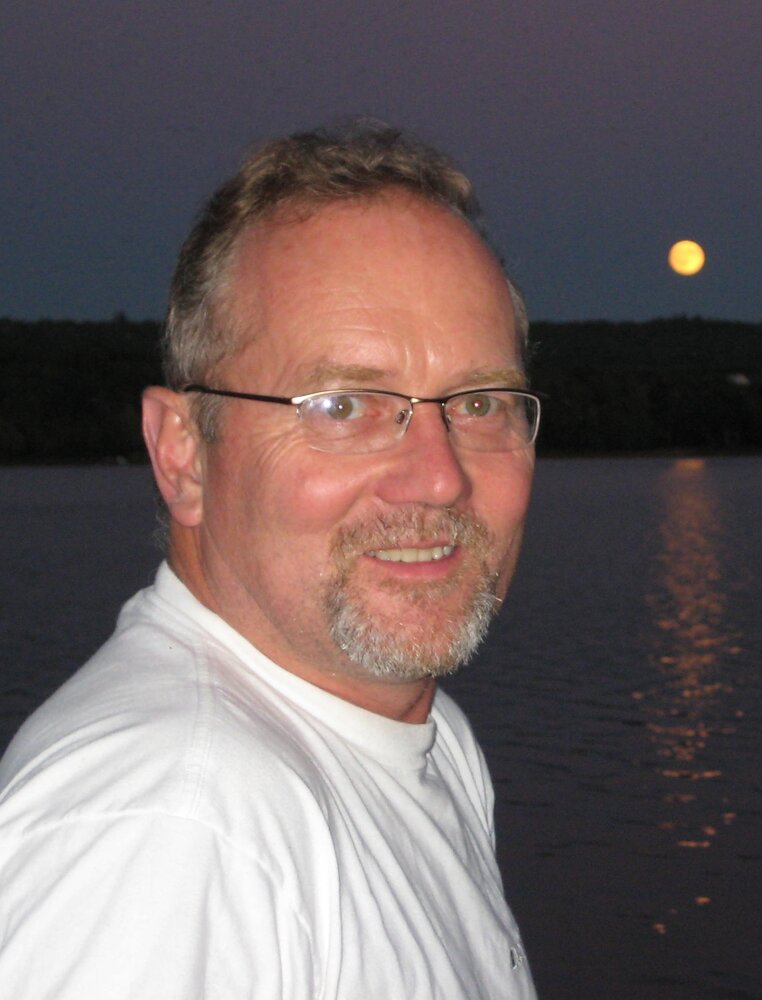 Alan spent his formative years in Saint John and graduated from Simonds High School. He then joined the Royal Canadian Navy for four years, stationed in Victoria, BC. In 1980, he returned to Hampton, NB and worked for the family owned Hampton Save Easy. Eventually, Alan took over the business with his siblings, Coleen and Tony until their retirement in 2009.

He valued the simple things in life, enjoying time with family and friends, hockey (a die-hard Toronto Maple Leaf’s fan), playing cards, fishing, hunting, and being at the cottage. He loved to be near the water. Alan was very community orientated, serving on the Community Business Development Volunteer Board for Charlotte Kings County, delivering groceries to the elderly and local schools, supporting community events, and giving back to local businesses in the area.

Alan’s pride and joy were his three children. He was blessed with being involved in their lives until his dementia deprived him of that.

Arrangements have been entrusted to Reid’s Funeral Home (506-832-5541), 1063 Main Street, Hampton, NB. Visitation will be held on Monday, April 18th from 3:00 to 7:00 PM at the Lighthouse River Centre in Hampton, NB. Attendees of the visitation should be aware that masks are preferred and available if necessary. A private family interment will take place at a later date. In leu of flowers, donations in Alan’s memory would be greatly appreciated for the Hampton Food Basket or a local charity of the donor’s choice. Personal condolences to the family and donations may be made through: ReidsFH.com

Share Your Memory of
Alan
Upload Your Memory View All Memories
Be the first to upload a memory!
Share A Memory