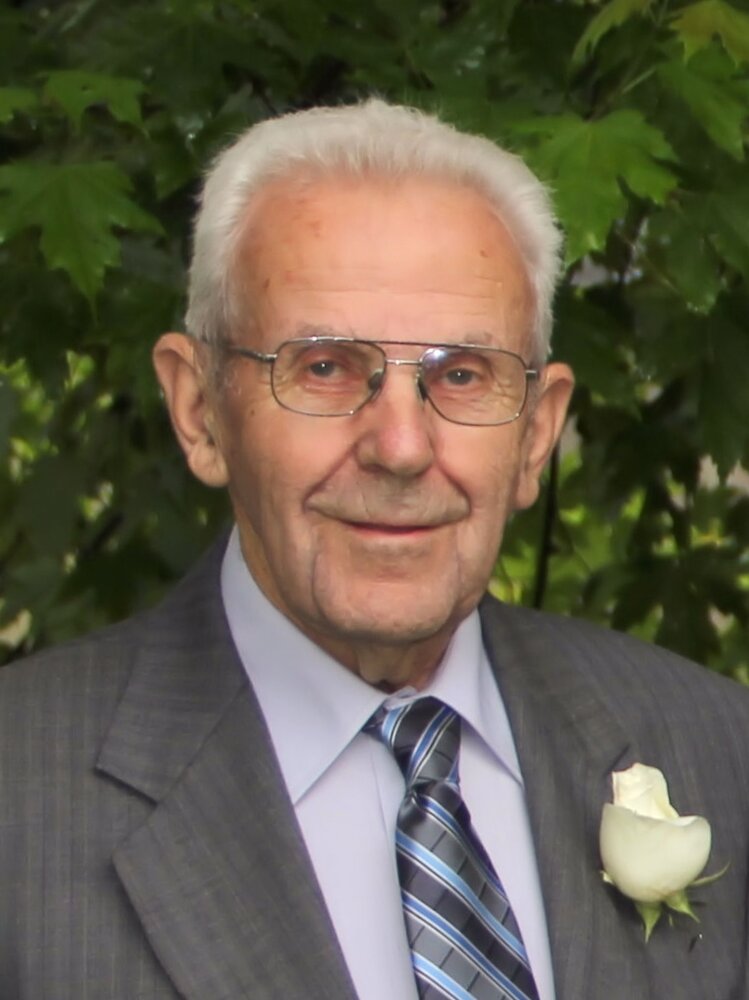 It is with great sadness that the family of Donald Stanley Rushton announce his death, which occurred on January 22, 2022, in Quispamsis, New Brunswick. Born in Saint John, NB, on May 9, 1930, Donald was the son of the late Stanley Herbert Rushton and Mary Elizabeth (Beek) Rushton.

Don was a warm-hearted man, always ready to help in any way that he could. Sometimes that meant he was fixing something broken, building something new, or sharing a laugh to brighten your day. He was an excellent handyman and always had a new project on the go. Don was very social and in recent years he could be found on many mornings visiting with friends at McDonald’s. He loved the outdoors and in years gone by he enjoyed taking the family on camping trips with their trailer, snowmobiling, and making his own honey as a beekeeper. As a young man he enjoyed playing baseball and also played basketball with the Saint John Vocational School. His love for sports extended to his favorite teams, the Toronto Blue Jays and Toronto Maple Leafs. In the 60’s and early 70’s Don was a Cub Scout Leader at Saint David’s United Church in Rothesay. Don worked at the Irving Oil Refinery in Saint John from 1960 until his retirement in 1991 as a Shift Supervisor in the boiler plant. In his later years he bowled every Monday with a men’s Christian bowling club, where he would share God’s love by reading a weekly devotional. For many years Don and Audrey attended Waypoint Church (formerly Kings Way Assembly) in Quispamsis where they enjoyed the fellowship with God’s people. We know that Don is in heaven this very minute, in awe of all that he can see, saying, “Well, look at that now!”

In addition to his parents, Don was predeceased by his loving wife of 68 years, Audrey Leora Rushton (Edwards); and his sisters: Hazel Barge and Jean Cairns.

Arrangements have been entrusted to Reid’s Funeral Home, 1063 Main St, Hampton, NB. A visitation will be held at the Lighthouse River Centre, Hampton, NB, on Friday, February 18, 2022 from 4:00 to 7:00 PM. A Celebration of Life will take place from Waypoint Church, Quispamsis, NB on Saturday, February 19, 2022 at 2:00 PM. Donations in memory of Don may be made to Waypoint Church or a charity of the donor’s choice. Personal condolences to the family, and memorial donations may be made through ReidsFH.com.