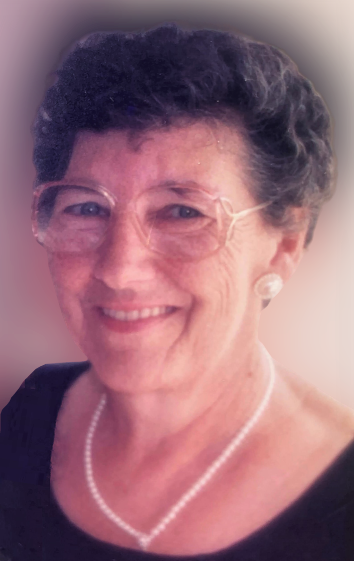 Obituary of Eleanor May Baxter

It is with great sadness that the family of Eleanor May Baxter announce her death, which occurred on November 11, 2021 at the Saint John Regional Hospital. Born on April 11, 1939, she was a daughter of the late Russell and Annie (LeBlanc) Chetley.

Eleanor is survived by her adoring children: Donna Gardner of Quispamsis, NB, Sheila Hatchette of Halifax, NS, Ronald Baxter of Saint John, NB, and Pamela Roger of Hampton, NB; along with many grandchildren and great-grandchildren. She will also be missed by her brother, Russell Chetley; and sisters, Nancy Wade and Susan Chetley; as well as many extended family members.

In addition to her parents, Eleanor was predeceased by her loving husband of 54 years, Ronald “Pete” Baxter; sister, Doris Howe; and grandson, Michael Hatchette.

Eleanor was finally reunited with the love of her life, Pete. Born and raised on the Kingston Peninsula, she was an amazing woman who wore many hats over the years. She was the lead singer in a country western band, an ambulance attendant and emergency dispatcher, a baker, ran the local food bank, and loved her family beyond measure. She died how she had lived; on her own terms, surrounded by the love of her family. She was generous to a fault and was a true pillar in her community. Eleanor was heavily involved in her community food bank for many years, often taking money from her own pocket to help those in need. She will be greatly missed by all who were lucky enough to know her, especially her beloved dog, Bella.

Eleanor’s family would like to thank the amazing Palliative Care team at the Saint John Regional Hospital for the compassionate care and support we received during this very difficult time.

Arrangements have been entrusted to Reid’s Funeral Home (506-832-5541), 1063 Main Street, Hampton, NB. Due to Covid-19 restrictions, services will be held privately. Donations in memory of Eleanor may be made to The Give Campaign, or a charity of the donor’s choice. Personal condolences to the family and donations may be made through ReidsFH.com

Share Your Memory of
Eleanor
Upload Your Memory View All Memories
Be the first to upload a memory!
Share A Memory