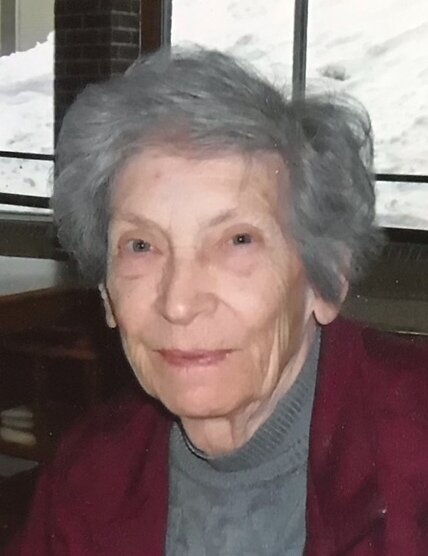 Helen Elizabeth DeMille, of Saint John, NB, passed away peacefully at Bobby’s Hospice on Sunday, October 3, 2021. Born in Hampton, NB, on July 8, 1932, she was the daughter of the late Charles R. and Helen V. (Flewwelling) DeMille.

Elizabeth was employed by the law firm of Teed and Teed, and briefly by Investors Syndicate. She was formerly an active volunteer with St. Paul’s Anglican Church in Hampton, Girl Guides in the city, the Saint John Public Library and, after retiring, with Revenue Canada as a volunteer tax preparer.

Elizabeth is survived by her nieces Janet and Heather DeMille, of Ontario; nephew, Iain DeMille of Fredericton, NB; as well as several cousins. In addition to her parents, Elizabeth was predeceased by her brother George.

Arrangements have been entrusted to Reid’s Funeral Home (506-832-5541), 1063 Main Street, Hampton, NB. An interment and graveside prayers will be held from St. Paul’s Anglican Church Cemetery in Hampton at a later date.

Donations in honour of Elizabeth may be made to the charity of the donor’s choice. Personal condolences to the family and donations may be made through ReidsFH.com

Share Your Memory of
Elizabeth
Upload Your Memory View All Memories
Be the first to upload a memory!
Share A Memory