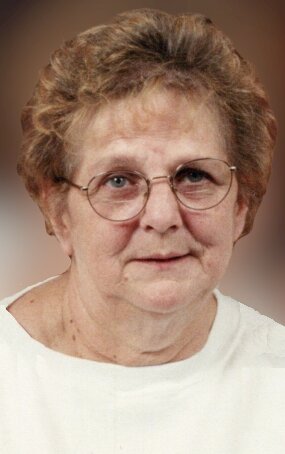 It is with heartfelt sadness that the family of Kathleen Donna Kirk, wife of Ronald Kirk, announce her passing which occurred on Saturday, September 18, 2021, at her residence in Baxters Corner, NB. Born in Brantford, ON, on January 18, 1942, she was a daughter of the late George and Margaret (McGuinness) Davis.

In addition to her parents, she is predeceased by her sisters: Cecilia Haw and Margaret Amodeo; brothers: Jimmy Davis, Buddy Davis, Pat Davis, and Lawrence Davis; precious grandson, Timothy; and her favorite pet, “Lil’ Annie”.

Kathleen was the youngest child in her family and had a strong Catholic upbringing. She was a military spouse for many years, while devoting herself to raising her children. They were everything to her and she was everything to them. They will always remember her wisdom, strength, accepting character, and desire to make everyone around her smile. She also had an incredible work ethic, working tirelessly on the oil rigs as a head chef. The different crews would fight to make sure she was working on their rig.

Kathleen could always be found watching sports, especially her Toronto Blue Jays, Toronto Raptors, and Hamilton Tiger-Cats, and could often be heard giving great “advice” to the managers on TV. She loved reading, playing slot machines, baking, cooking, and elephants. Mom will be missed by everyone who knew her.

Arrangements have been entrusted to Reid’s Funeral Home (506-832-5541), 1063 Main Street, Hampton, NB. A private Celebration of Life will take place at a later date.

Donations in honour of Kathleen may be made to the charity of the donor’s choice. Personal condolences to the family and donations may be made through ReidsFH.com

Share Your Memory of
Kathleen
Upload Your Memory View All Memories
Be the first to upload a memory!
Share A Memory