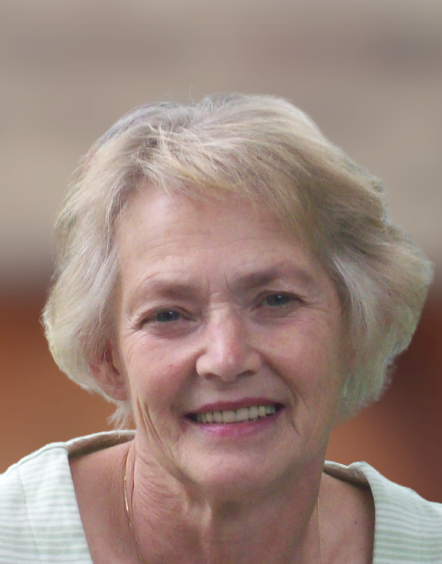 Beth Allaby was born on November 3rd, 1940 in the big house on the hill, built by her grandfather, in Nauwigewauk, N.B.

She lived a long and wonderful life, all in Nauwigewauk, until she passed away on August 11th, 2021.

Beth was the daughter of the late Harold & Clara (Smith) Wanamaker and loving wife of the late James “Barry” Allaby.  Beth and Barry were married in 1957 and wasted no time in starting the Allaby clan. They were married for 45 years and had 5 children and 7 grandchildren. Beth was the amazing mother of Mark (Kathy) of Nauwigewauk, Brent (Marlene) of Pennfield, Connie (David) Taylor, Lana of Nauwigewauk, Amy (Derek) Grant of Darlings Island and doting grandmother of Ryan, Colin, Aaron (Laure Sheel), Kyla, the late Chelsea, Christian and Rowan.

She also had a close relationship with her favourite “Aunt Helen” Floyd.

Mom spent many years caring for her children and in later years worked at the Dr. V. A. Snow Centre as a dedicated health care worker.

She gave back to her community in many ways, building floats, making her famous potato salad and manning booths for the Nauwigewauk fair, herding brownies as a tawny owl with brown owl Lil Anderson, enjoying some quilting but even more socializing with the senior ladies quilting group and becoming a member of the Nauwigewauk Executive Committee.

Mom started her day by filling the bird feeders, tossing bread to Dad’s crows and feeding the fish.  She enjoyed reading the morning paper while trying to keep the cat off the spot she was reading, and keeping the cat’s tail out of her coffee.  The rest of the day also included shooing squirrels off the bird feeders, tending to her virtual cows and pigs and worrying if everyone in the family were safe at home.

One of her most cherished memories was spending time with her sister June, researching family genealogy and adding more information to her family history book. Before getting into genealogy, she and June would spend quality time on Friday nights NOT cheating at 45’s (like Barry and Gary), drinking Baby Duck and dancing to ‘Cecilia’ by Simon and Garfunkel.

Mom would spend many evenings sitting up until the wee hours doing jigsaw puzzles.  She loved walking through her and her Mother’s gardens, comparing successes and failures, pulling weeds for each other and just enjoying the time to ramble and chat.  She wasn’t a sports fan but enjoyed curling a great deal and was part of a league in Hampton.  In later life she switched to watching curling and cheering on Dordi Nordby of the Norwegian team.  While her kids were all home she spent many hours baking bread, her yummy apple pie (which included breakfast pie for Dad), molasses cookies and frogs.  We’d come home every day to something warm coming out of the oven (she wasn’t too worried about our physiques) and there was never a Christmas dinner that didn’t include at least 6 types of pie, Grampy Wanamaker would need to have a tiny slice of each.

She looked forward to her weekly phone calls with her big brother Leroy, where they’d use the time to reminisce about their childhoods.  Mom enjoyed her visits with her sister Ruth and we have it on good authority that a few kettles were destroyed while they were making tea.  Mom, who tended to be a worry wart, was happy that her baby sister Lorraine, who lived so far away, was settled into a large, loving extended family.

When we were camping, she would spend as much time as she could paddling around Hunter Lake, always looking for a paddling partner.  She’d chase down loons and shore birds and explore the coves and inlets.  We hope she and June are paddling on the lake now, enjoying each other’s company, some warm sunshine and discovering a new bird to identify.

We love and miss you Mom.

Visitation will be held on Monday, August 23rd, 2-4pm and 6-8pm and a celebration of Mom’s life will held on Tuesday, August 24th at 2pm at Reid’s Funeral Home, 1063 Main Street, Hampton. For those unable to attend, the service will be livestreamed through Beth’s obituary page at Reidsfh.com. A private burial will take place at Titus Hill Cemetery at a later date.

Donations in honour of Mom may be made to Hope For Wildlife or to the charity of the donor’s choice. Personal condolences to the family and donations may be made through ReidsFH.com

As mom liked to say near the end “Whatever, whatever”.

Share Your Memory of
Beth
Upload Your Memory View All Memories
Be the first to upload a memory!
Share A Memory