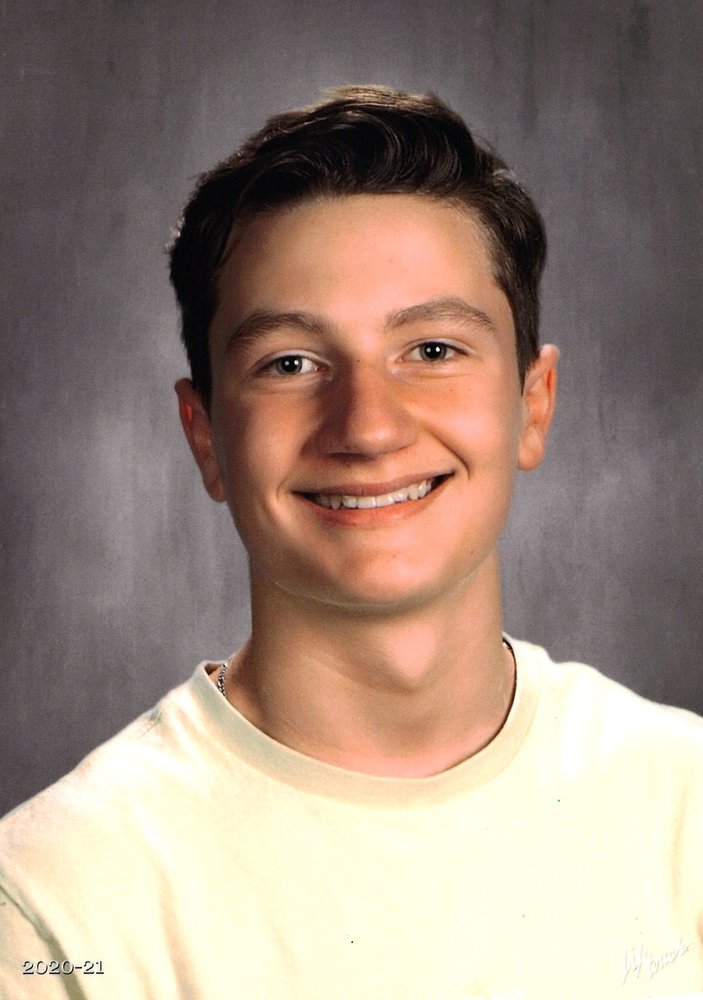 It is with deeply broken hearts that we announce the passing of our precious son, Carson Gregory Hoyt, which occurred on Sunday, June 13, 2021.  He was born in Saint John, NB, on March 3, 2006, a son of Gregory and Amy (Asbridge) Hoyt.

Right from day one, Carson was bursting with energy. That energy compounded over the years and fueled his many skills, talents, and interests. Whether he was kick boxing, learning Jujutsu, playing soccer, rugby, fishing, swimming, slack lining, speeding down a hill in a soap box derby car, or dirt biking; Carson had the energy and skill to do them well. It seemed like he could master something with no more effort than it takes to flip a light switch. Whatever he decided to put his mind to, consider it done. And done very well.

Carson was larger than life.  This was reflected in his strong and lively personality.  Although he had a strong core group of friends, he could make friends with anyone.  Everyone was drawn to his infectious charm.  Even though he was only with us for far too short a time, his impact on those around him will span their lifetimes.  He loved to joke around with everyone; he was full of sarcastic comments, but had the biggest, kindest heart for everyone and everything.

That smile! Carson's smile could make your day. He may have taken his smile with him, but not before we captured it a thousand times in our photos and our memories.

Donations in memory of Carson, may be made to the IWK Health Centre, Saint John SPCA or the memorial of donor’s choice. Personal condolences to the family and donations may be made through ReidsFH.com

Share Your Memory of
Carson
Upload Your Memory View All Memories
Be the first to upload a memory!
Share A Memory