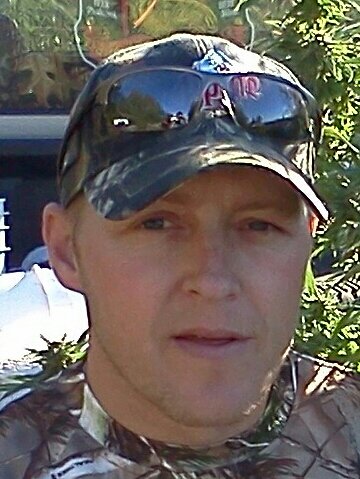 After fighting a battle with diabetes for many years, David Daniel Hayward of Bloomfield, NB, passed away peacefully on Sunday, May 2, 2021, with his family by his side. Born in Saint John, NB, on September 29, 1975, he was a son of David and Karen (Fairweather) Hayward.

In addition to his parents, David will be missed by his loving daughter, Michaela, of Sussex; his brother, Wayne of Ontario; and his sister, Stephanie (Caleb) Shepherd of Hampton, NB. He will be especially missed by Lily, Autumn, Angus & Kylie, along with many aunts and uncles. Dave was predeceased by his paternal and maternal grandparents.

Dave was a kind soul who was loved by everyone who met him, and who had a great impact on his many family and friends. No matter where Dave went, he was always warmly greeted by someone he knew. When working, he operated heavy machinery both here in NB and out west. He loved fishing, hunting, ATV (biking), and being outdoors, and last fall he was lucky enough to shoot a 10 point buck.

The family would like to thank the SICU team at the Saint John Regional Hospital for the great care and compassion shown to David.

Arrangements have been entrusted to Reid’s Funeral Home (506-832-5541), 1063 Main Street, Hampton, NB. Due to COVID-19, a Celebration of Life will be held at a later date. Donations in memory of David may be made to Diabetes Canada or charity of the donor’s choice. Personal condolences to the family and donations may be made through ReidsFH.com

Share Your Memory of
David
Upload Your Memory View All Memories
Be the first to upload a memory!
Share A Memory