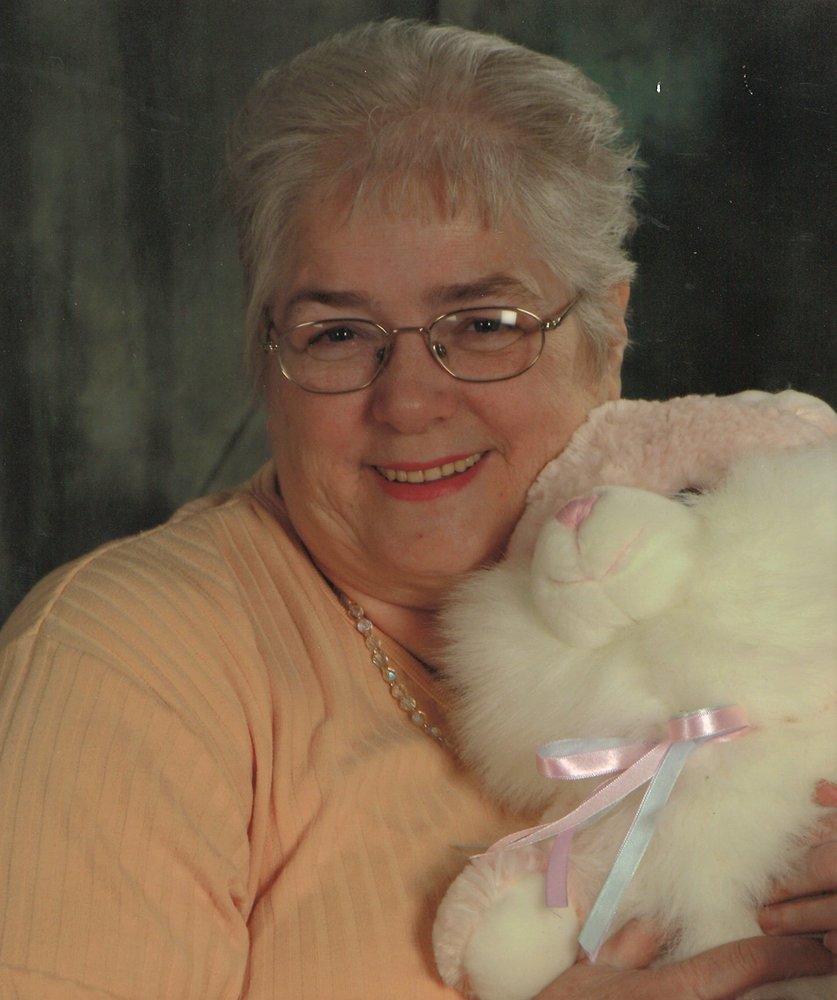 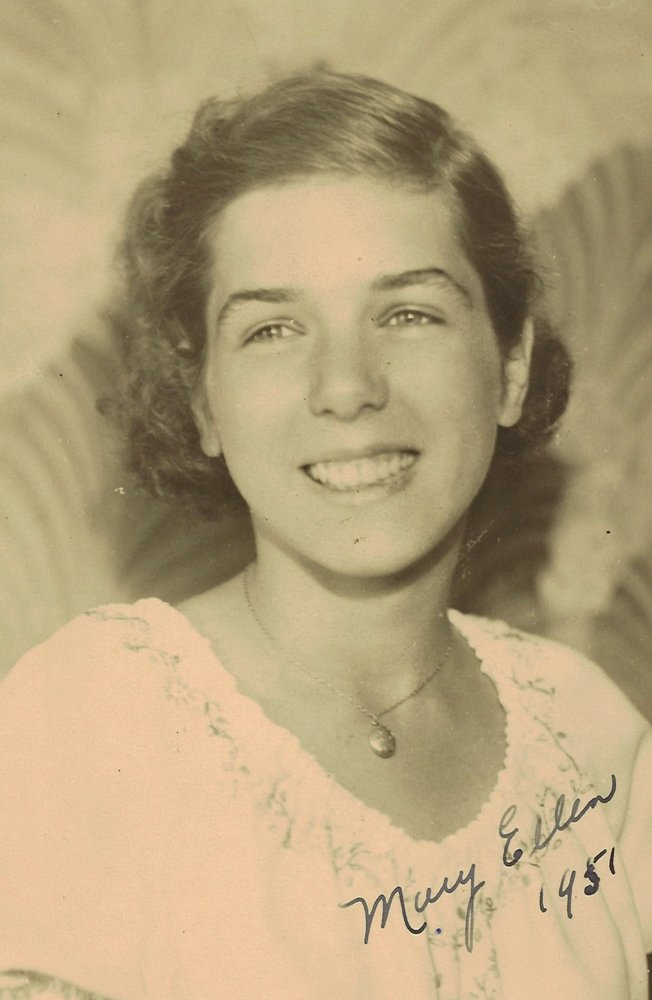 We are sad to announce the death of Mary Ellen (London) Cole, the most amazing wife, mother, grandmother and great grandmother. Mom died on April 14, 2021 at the Saint John Regional Hospital.

Mary Ellen lost her father when she was just two and a half years old.  Her older brother, Raymond, stepped in and took over the role of her father when needed, even though he was only 9 years older than her.  While attending school, when Father's Day came around, she would make her Father’s Day card just like all the other children, but would give the card to her older brother Raymond. Raymond gladly accepted it each year, and Mary Ellen would never forgot these kind gestures.

Mary Ellen grew up on Barker Street in Saint John, New Brunswick surrounded by family.  Her mother Ellen, never remarried after the death of her husband in 1941, at the age of 33. Mom had a wonderful life growing up, or so she always said, even with all the hardships that the family went through. She was beautifully dressed because her mother and Aunt Do (Doris (Claydon) Bustard) would make dresses for her and her cousin Anita. She would always say that Anita always got the pretty colored dresses and she would get the darker colors. Her cousin, Anita, was her best friend growing up and she was deeply affected when Anita passed away.

Mary Ellen went to work at T.S. Simms Brush and Broom Factory, where she met her future husband, Donald Alfred Cole. They were married in St. Paul's Anglican Church on Wall Street, by Rev. A. F. Bate on September 29, 1956.  Her maid of honor was, her cousin, Anita Claydon and the groom's step-brother, James Toussaint, was best man. After their marriage they continued to live at 39 Barker Street, her childhood home for a few years. In 1957, they welcomed their first child, Robert Raymond Cole, and then in 1958, their daughter, Susan Jane Cole.

When her children got married, Mary Ellen treated her son-in-law Kevin and daughter-in-law Kathleen just as if they were her own children. She always said her son-in-law Kevin just showed up one day and never left. She loved when Kevin would cook ribs and just a few days before her death, when his ribs were mentioned she started licking her lips. What a beautiful memory you left us with.

After Mom and Dad had their grandchildren, they thought life couldn't get any better, but it did for Mom. Unfortunately Dad passed away in 2004 before the great grandchildren started coming. However, mom was blessed with four great grandchildren, Kayleigh Mae Alexis Getson and Konnor Joseph Alexander Getson, the children of Katrina. Maverick Avery Kash Adam Getson, and Mazikeen Lavinia Leigh Getson the children of Kyle Getson and his partner Tamara Kilpatrick. You could see pure joy in her eyes and smile when the children were around, "the more the merrier", she would say. It didn't even have to be a child that belonged to her, she just loved kids.

Mary Ellen had worked at NBTel as a telephone operator for over 27 years, retiring in 1999.  She enjoyed her work and made many friends. She loved to bake; she made the most delicious cakes with boiled icing. She would make chocolate cupcakes for her grandson Matthew to take to school.  She even took a cake decorating course, when in her 70's, and did get a certificate. Thank heavens the certificate was for attendance, as her cake decorating abilities left much to be desired, something we had lots of laughs about. She also took cookie and chocolate decorating courses. She loved the chocolate course the most. She also loved to go to Bingo. Was she lucky? Not really but she loved it anyways as it was a night out, and that is what she liked the most.

She loved to read; she would have multiple books on the go at the same time. One for the coffee table, one in her purse for when she went out and had to sit in the car, one in the bedroom and sometimes even one at the bottom of the stairs so she could read while she waited for someone to pick her up. She would sleep with her bedroom light and glasses on, because she would go to bed reading, fall asleep holding the book, wake up, and continue reading. She loved to read so much that when Public Library in Saint John would have their annual book sale, she would go and buy a few bags of books, since she could fill a bag for a dollar. One year we filled the car, the truck, back seat and even her lap. We spent sixty-four dollars, but we got over a thousand books and she still has books that she did not get to read, so these books will be donated. And mom loved her family suppers! She loved to have everyone gathered together laughing and smiling. The person with the biggest smile was always her.

After her retirement, Mom and Susan would go to transcribe the cemeteries. We loved genealogy, and while attempting to fill in some of the blanks in the family tree would go to different cemeteries to get information off the headstones. As the blanks were filled in we found ourselves having to return to the same cemetery, sometimes numerous times, so we decided that we would transcribe every stone in the cemeteries that we visited, so no more backtracking. Mom always complained about going, but if she wasn't called to go out, she called to ask why we weren't going. Over the course of about 10 years, we transcribed approximately 180 cemeteries in New Brunswick.  As Mom's eyes began to fail, at this point she was in her late 60's, she decided she couldn't do it anymore. As much as she said she hated it, she also said she missed it. We had lots of laughs and made many wonderful memories over the course of the ten years. Just one laughable moment is when we were in a cemetery, and it was deer hunting season and the cemetery was in the woods a bit. Mom had her orange hunting hat on, she bent down and I grabbed the hat off her head, held it against her bum and yelled, "Don't shoot!". We thought it was funny. Too many wonderful funny memories to list that will never be forgotten.

Mary Ellen loved to knit. She knitted afghans to give to children for Christmas.  At 80 years old she knitted lap afghans and donated them to the Mill Cove Nursing Home in Queens County.  She made Barbie Doll outfits to give to little girls at Christmas.

Her son Robert was in the reserves for 40 years. He started in the Naval Reserve but quickly changed to the Army Reserve. He was in the Military Police and went through the ranks from Private to Lt/Col. Some of mom's proudest moments were watching her son march in the Remembrance Day Parade's every year. No matter what the weather she was there until her health declined.

She attended a lot of her grandchildren's sporting events. She watched Katrina's soccer games, cheerleading, line dancing, baton, etc. She watched Kyle play baseball and soccer. Matthew, she watched fence. Sometimes, she really didn’t understand the game but loved watching the grandchildren. For example, one particular game when Kyle was playing baseball, her and Gumpy (their grandfather) came a few minutes late, and when they arrived she asked what the score was. She was told it was nothing/nothing, to which she asked, "Who's winning?". As the grandkids would say, "Only Nanny".

Mom couldn't sing but she would call everyone on their birthday and sing Happy Birthday. As much as we all complained about her horrible singing, we would love to hear her sing to us one more time.

She loved autumn with the changing of the leaves. Each autumn Dad would take her for a drive around New Brunswick to see the beautiful fall foliage. After his death her daughter continued their tradition.

Mom was pale, never having a tan in her life that we can remember, until that one summer day after being on the ballfield all day. She went home and got excited when she looked at her feet. She told everyone that she finally got a tan, until she got in the shower and her tan washed off. It was just dust from the ballfield! She was so disappointed.

After her retirement, Mary Ellen tagged along with her daughter, Susan, and volunteered at different schools in the Hampton area, mainly Dr. Leatherbarrow school. She helped in the library, cooked thousands of hot dogs, gave out pizza, counted Unicef money, and the list goes on. Her donations were many, but everything had to remain anonymous. She would say “if we have to be acknowledged and given credit for what we do, then we are not doing it for the right reasons.” We stood by this. We could list all the people, organizations and/or charities that she donated to here but keeping with her desire to remain anonymous, we won’t.  Be assured that this kind generous soul touched the heart of many.

Katrina always got a kick out of how her grandmother would try to convince her and her brother Kyle, when they were very little, that the round bales of hay were cows. Mary Ellen would say, "look at all the cows in the field", and they would tell her, "No it's hay!", and she would say, "No.. it is cows". Of course, it was just her way of getting the kids going.

Kayleigh loved when her great grandmother would sing the bicycle song, as she calls it. In fact it was the Daisy Daisy song, but Nana would change the song to Kayleigh Kayleigh. Kayleigh hasn’t had this song sung to her for years but she still knows every word. Her great grandson, Konnor, loved Nana’s toy drawer and knew that when he pulled out the toys, she would play with him. Great grandson, Maverick, loved the toy drawer also, and knew Grammie (as he called her) would play with him too. She allowed him to fix her hair, play toys, and even get Canada tattoos together. Her youngest great granddaughter, Mazikeen, was born in 2019, so her memories of Grammie are very little.  But Grammie loved to hold her and called her, "Little Darling."

There is so much more that could be said about this amazing woman, but there would not be enough time or space to include everything that she has done. She touched every member of the family in her own special way, and their memories of her will last forever.

Whether you called her Mom, Nanny, Nana, Grammie, aunt, cousin, or friend, she was special and loving to each and every person that crossed her path.

I will leave you with the words of our mother, grandmother and great grandmother,

“I am beautiful, gorgeous and sexy.”

Donations in memory of Mary Ellen may be made to the IWK Foundation or a charity of the donor’s choice, preferably supporting children’s causes. Personal condolences to the family and donations may be made through ReidsFH.com

Share Your Memory of
Mary Ellen
Upload Your Memory View All Memories
Be the first to upload a memory!
Share A Memory