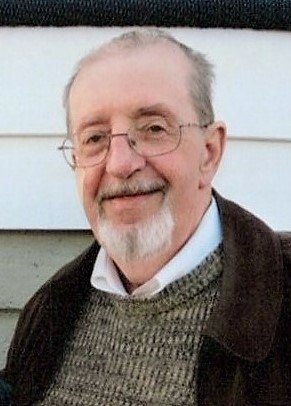 It is with great sadness that the family of Michael Philip Campbell announce his passing on February 3, 2021.  Born in Glace Bay, Nova Scotia on February 3, 1940, Michael was a son of the late Michael Thomas “Tom” and Leota (Boudreau) Campbell.

Michael served his country well as a member of the Canadian Army. Over the years he held numerous roles, in addition to his military service, including work as a bellhop, a sports reporter, the Post Office, and a store owner. In his younger years he loved golf, even sponsoring a local “Left-Handed” tournament in Hampton. He had a passion for genealogy, photography, and John Wayne movies. He loved reading and was captivated by military, western, or science fiction novels.

Mike is survived by his sister, Anita Parlee; his brother, Paul Campbell; and many nieces and nephews. He will also be missed by his Tim Horton’s family and his special friends, John and George. In addition to his parents, Mike was predeceased by his loving wife, Leota “Lee” Campbell; his brothers: Kenneth and Richard; and his brother-in-law, Earl.

Arrangements have been entrusted to Reid’s Funeral Home, 1063 Main St, Hampton, NB. To keep with Michael’s wishes, no visitation or funeral service will be held. Donations in memory of Michael may be made to the charity of the donor’s choice. Personal condolences to the family, and memorial donations, may be made through ReidsFH.com

Share Your Memory of
Michael
Upload Your Memory View All Memories
Be the first to upload a memory!
Share A Memory