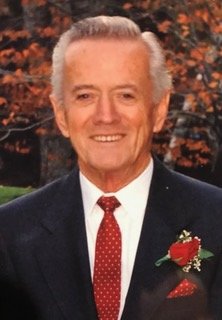 It is with great sadness the family of Charles William Bustard announce his passing on February 1, 2021.  Charles was born in Saint John to the late Arthur and Florence (LaGough) Bustard.  He passed away after a short illness leaving behind his sons, Colin (Valerie Jennings) of Bedford, NS and Bradley (Janet Miller) of Bloomfield, NB; his two grandchildren, Ashley of Oromocto and Brent (Suzanne) of Saint John; and their mother, Bev Christiansen; and his three great-grandsons: Kyler, Charles, and Theo.  In addition to his parents, Charles was predeceased by his adored and treasured wife of forty-seven years, Mary Ann (Olsen); his brothers: Arthur, Harold, Donald, and Paul; and his sister, Arlene.

Charlie had many careers throughout the years, doing whatever was necessary to provide for his family of whom he was so proud.  His scarred hands were a testimony to a life of physical labour, working to ensure his sons had every available opportunity not afforded to him.

Charlie’s hobbies, which later became his retirement passions, were exercising and tinkering in his workshops, as well as restoring and reselling appliances.  As a handyman, he enjoyed investigating garage sales, visiting the Restore and attending flea markets in search for that special tool or part.  As a lover of classical and operatic music, he was always on the lookout for old records to play on his turntable.

Charlie loved nature, especially working in his garden and ensuring his deck was alive with flowers each summer.   He occasionally took long drives throughout rural New Brunswick to trace his family roots.

Although his body slowly declined over these past couple of years, his mind and spirit could not be dampened, for there was always a project which needed to be done.  He will surely be missed.

Thank you to the staff of St. John and St. Stephen Home, St. Joseph’s Hospital and the nurses and doctors who have cared for Charles over the past few months.

Arrangements have been entrusted to Reid’s Funeral Home, 1063 Main St, Hampton, NB. A private family graveside service will be held at a later date to pay tribute to a life fully lived.

Donations in memory of Charles may be made to the MS Society of Canada Atlantic Division or a charity of the donor’s choice. Personal condolences to the family, and memorial donations, may be made through ReidsFH.com

Share Your Memory of
Charles
Upload Your Memory View All Memories
Be the first to upload a memory!
Share A Memory