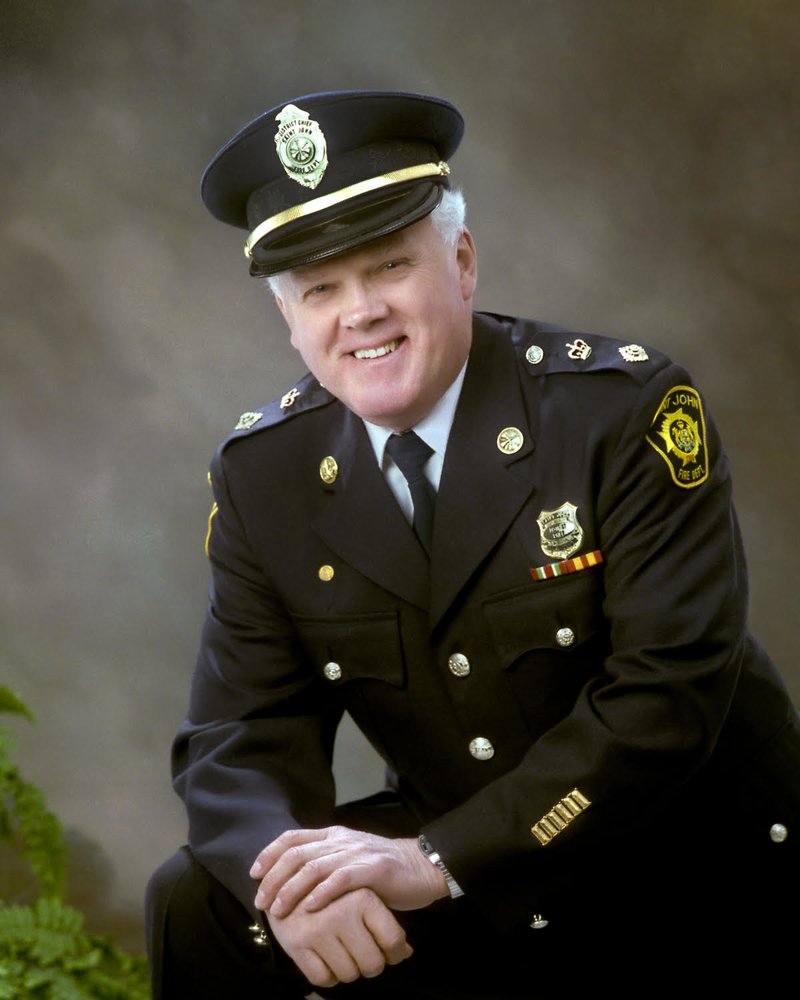 It is with great sadness that the family of Melvin “Mel” Winlock Campbell announces his passing which occurred on November 24, 2020 at the Dr. V.A. Snow Centre in Hampton, NB.  Born on September 29, 1932 in West Saint John, he was the son of the late Charles and Luella “Pat” (Cole) Campbell.

Mel moved his family to Hampton in 1972 where he was a past Hampton Volunteer Fire Fighter and their Training Officer. He was also a member of the Hampton Fire Department Retirees Association and belonged to Saint Paul’s Anglican Church.

He loved his opera music, dancing classes, swimming, walking, gardening and especially cooking Chinese food for family and friends at gatherings. During his retirement, he loved spending many hours in his loft building from scratch, a large HO scale train diorama complete with bridges, buildings, and rivers which the grandchildren loved playing with.

Besides his wife Sylvia of 60 years, he is survived by his three sons:  Phillip (Carolyn) of Fort McMuray, Alberta, Clay (Natalie) of Saint John, New Brunswick and  Eric (Desiree) of Calgary, Alberta; six grandchildren and two great grandchildren.

The family would like to sincerely thank all the nurses and staff of the Dr. V.A. Snow Centre for the care given to Mel and his family. Your kindness and compassion will not be forgotten.

Arrangements have been entrusted to Reid’s Funeral Home (506-832-5541), 1063 Main Street, Hampton, NB.  Due to COVID-19 restrictions, a celebration of Mel’s life will be held at a later date. Donations in memory of Mel may be made to the Canadian Fallen Firefighters Foundation (CFFF) or to the charity of the donor’s choice. Personal condolences to the family and donations may be made through ReidsFH.com

Share Your Memory of
Melvin
Upload Your Memory View All Memories
Be the first to upload a memory!
Share A Memory