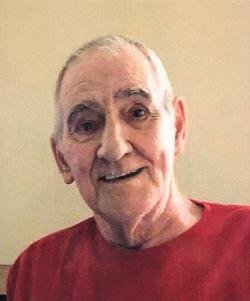 It is with great sadness that the family of John Joseph McNeil announces his death, which occurred on October 20, 2020 at the Dr. V.A. Snow Centre in Hampton, NB. Born on Cape Breton Island, Nova Scotia on June 19, 1942, he was a son of the late Francis and Rose (Doucette) McNeil.

John served his country well as a member of the Royal Canadian Navy for 5 years, spent many years as an auto mechanic, and later worked as a Millwright at the Irving Oil Refinery.

Arrangements have been entrusted to Reid’s Funeral Home (506-832-5541), 1063 Main Street, Hampton, NB. Due to Covid-19 restrictions, a private interment will take place at a later date.

Donations in memory of John may be made to the charity of the donor’s choice. Personal condolences to the family and donations may be made through ReidsFH.com