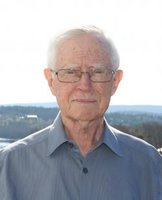 It is with deep sadness that the family announces the death of John Roger Jeffery on October 16, 2020 at the Saint John Regional Hospital. Born in Chaddesden, Derby, England, he was the son of the late Jack and Caroline Jeffery. John is survived by his loving wife Heather. Children: John of Winnipeg, MB, and Anne (Todd) of Calgary, AB; his precious granddaughters Makayla and Elizabeth; sister Joy Stebbings (Dennis), and their children Charles (Anna) and Caroline. Heather’s stepfamily also mourns his loss (Dr. Greg Hammond, Susie Hammond, Mary Jane Hammond, and Dianne Robertson and their families). Born in England in 1942 John spent a year in Brazil and then emigrated to New Brunswick in 1958. He graduated from Fredericton High School in 1960 and then completed Grade 13 at Saint John High in 1961. He was always appreciative of the support and encouragement of the teachers at that school. In 1961 he entered McGill University as a National Scholar. After receiving his B.Sc. with Great Distinction in 1964, he graduated from Medicine in 1968 and then pursued further education in Internal Medicine (FRCP 1973), Nephrology and kidney transplantation at McGill and the Royal Victoria Hospital. In 1971 he married Heather Downes and their son John was born in 1973. The family moved to Winnipeg in 1975 where their daughter Anne was born. John worked as Head of the Manitoba Kidney Transplant Program at the Health Sciences Centre and the University of Manitoba for almost 30 years. During this time, he served terms as President of the Canadian Transplant Society, Chairman of The Kidney Foundation Medical Advisory Board, Chairman of the Canadian Organ Replacement Register, and Head of the Section of Nephrology. He co-authored over 100 scientific papers. In 1987 he became Professor of Medicine at the U of M. He was the recipient of numerous awards for his services. Over 1,000 kidney transplant patients came under his care. John loved to cycle and in 1989 he took his bike to Vancouver, BC and made the long and exciting trip all the way to Saint John in just over 6 weeks. Two years later he repeated the trip from Vancouver to Winnipeg with his son. Retirement was always going to be in Canmore, AB but on a trip back to Saint John in 2003 he and Heather took a tour into Hampton and fell in love with a house with a million-dollar view. Ten days later he made plans for his retirement for 2005 and he was able to commute to Winnipeg every other month. A raspberry patch began and that was the start of lots of wonderful jams and pies that were John’s favourite. Travelling allowed them to see many countries in Europe as well as numerous restorative four week vacations in Portugal. The people they met on those trips are still part of their circle of friends. The family would like to thank the nurses and staff in Oncology and especially Dr. Sean Dolan for their excellent care. Also, thanks to Dr. Jane Ashfield, his family physician. Arrangements have been entrusted to Reid’s Funeral Home (506-832-5541), 1063 Main Street, Hampton, NB. A Celebration of Life will be held later due to Covid-19 restrictions. Donations in memory of John may be made to the Saint John Regional Hospital Foundation – Oncology Department, McGill University – Alumni, or the charity of your choice. Personal condolences to the family as well as donations to charities may be made through ReidsFH.com.