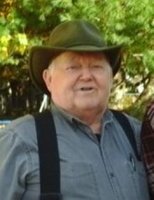 It is with great sadness that the family of Stanley Everette Goguen announces his passing on May 20, 2020 at the Saint John Regional Hospital. Stan was born on May 4, 1944 in Saint John, and grew up in the north end of the city. Stan later moved to Hampton, where he was a long-time resident. He retired from Saint John Shipbuilding at 51, but continued to be a consultant for the industry. His two main passions in life were hunting and fishing, and he was well known for his red mustang convertible and his hunter’s orange hat. Stan is survived by his loving partner of 41 years, Carol Maher of Hampton; his son, John (Kim) Goguen of Saint John; his stepdaughter, Laurie Maher of Saint John; his stepson, Chuck (Anna) Maher of San Antonio, Texas; and brothers: Henry Goguen of Tennessee, Larry Goguen of Ontario, and Fidele Goguen of Ontario. He is also survived by 10 grandchildren and 2 great-grandchildren. Stan was predeceased by his daughter, Michelle, and his brother, Patrick. Arrangements have been entrusted to Reid’s Funeral Home (506-832-5541), 1063 Main Street, Hampton, NB, and private services will be held. Donations in memory of Stanley may be made to the Kidney Foundation or the memorial of the donor’s choice. Personal condolences to the family and donations may be made through ReidsFH.com