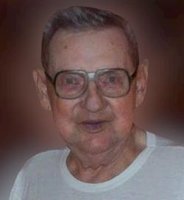 It is with great sadness that the family of Cecil Sterling Totten of Petitcodiac, NB, announces his passing which occurred on April 27, 2020 at the Dr. V.A. Snow Centre. Born in Barnesville, NB, on December 14, 1927, he was the son of the late Ruel and Annabelle (Verner) Totten. Cecil moved to Ontario as a young man, where he met and married Helen (Kellar) and raised a family of four. Cecil worked at General Motors for 20 years and lived on a hobby farm in Nestleton, Ontario. After retiring from GM, Cecil, Helen and two younger children moved to a farm in Elgin, NB, where many people visited. They moved to Petitcodiac after retiring from farming, where Cecil remained after Helen’s death in 2009. More recently he moved into the Dr. V.A. Snow Center where he passed away in his sleep on Monday. Cecil enjoyed fishing and hunting and had a great love of animals, especially deer. Cecil is survived by his loving children: Larry Totten of Hampton, Donna Quick of Port Perry, ON, Darlene (Dan) Briggs of Saint John, and Diane (Keith) Dueck of Ajax, ON; brother Lorne (Odette) Totten; sisters: Lois Perry and Vera Northrup; special family friend Robert Grant; grandchildren: Derek Mappin, Tim White, Deidre Paulin, and Jarrett Moxford; and several great-grandchildren. In addition to his parents and wife, Cecil was predeceased by his children: Sheila Totten and Baby Boy Totten; brothers: Norman Totten, Leonard Totten, and Roy Totten; and sister Elma Cook. Arrangements have been entrusted to Reid’s Funeral Home (506-832-5541), 1063 Main Street, Hampton, NB and due to COVID-19 restrictions a private service will be held. Memorial donations in memory of Cecil may be made to the charity of the donor’s choice. Personal condolences to the family and donations may be made through ReidsFH.com To view Cecil's graveside service please click on the link below: Cecil Totten Graveside Service