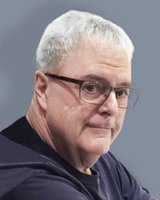 David Malcolm Mitchell age 63 of Wickham NB, passed away suddenly on Monday December 9, 2019. The words most often used in the past couple of days to describe David have been "he was an awesome man". He was awesome indeed and who cared about immensely by those who loved him and all those who met him along the way. David had a successful career with the Province of New Brunswick/ Service New Brunswick that spanned 38 years in both the Hampton and Saint John office, beginning as a Property Mapper, then a Property Assessor, ultimately retiring as an Assessment Manager. David had a strong interest in community service and served on various committees. He began as a volunteer with Scouts Canada as a Scout Leader. He was a member of the Hampton Town Council, serving as Deputy Mayor for a term, an active member of his local Liberal Party Association and served on the School District 19 School Board for a number of years. He was an strong representative with his Provincial Union. David’s most favored volunteer work was with the Hampton Volunteer Fire Department. He often spoke of the members and considered them to be good friends. He is survived by his loving wife Nancy Depow-Mitchell of 29 years, sharing their home together in Hampton then moving next to the Saint John River in Wickham, NB. David was pre-deceased by both his parents, Malcolm Mitchell and Dorothy (Langille) Mitchell. David had fond memories of his youth with his step-brother David MacMillan at Parlee Beach in Shediac. He is fondly remembered by his sister Sandra (Bob) Ogden, his daughter Kelli Mitchell, son Jonathan Mitchell, son Raymond Mitchell and step-daughters Julie (Joe Laba) Leclerc and Jill (Scott) Kirkwood. Lovingly remembered by his grandchildren Meadow Mitchell, Tristan Mitchell, Dodge Mitchell, Zinnya Leclerc, Lance Leclerc, Vianna Leclerc, Emily Kirkwood and Brendan Kirkwood who were close to his heart. A wonderful Grampy, he always enjoyed their company and hearing about their accomplishments, interests and experiences. A special thank you to Emma Young, Ryan Fowler-Ross and Molly Fowler-Ross for treating David as part of their family. His special fur buddies Ben and Charlie already miss him very much. Remembered fondly by his extended family including brother-in laws, sister-in laws, nieces, nephews, cousins and dear friends. David loved his home and property, taking care of the grounds with his beloved John Deere Tractor. He loved gardening, planting trees, walking by the river and making maple syrup. David had a great thirst for knowledge and reading was one of his passions. He always had a book in his hand ready for a little read. He was very interested in politics and followed the news intently. David had a quick wit and a hilarious sense of humour, he will be missed by many for his often funny online posts. Thank you to all the people who came to assist on the night of David’s passing; Barb and Cory Duncan, Hampton RCMP, Ambulance New Brunswick, Norton Fire Department and special thanks to Sean Parfitt, a passerby who stopped to assist. Thank you to the Saint John Regional Hospital Heart and Stroke Department and staff, The Nephrology Department and Dialysis Unit and staff, Dr. James Collings and staff, and the Hampton Pharmacy for their ongoing care. Arrangements have been entrusted to Reid’s Funeral Home (506-832-5541), 1063 Main Street, Hampton, NB from where a Celebration of David’s life will be held 1:00 – 4:00 pm on Friday, December 13, 2019. Donations in memory of David may be made to the Saint John Regional Hospital Foundation, Heart and Stroke Foundation of NB, The Kidney Dialysis Unit of the SJRH or to your local Volunteer Fire Department. Personal condolences to the family and memorial donations may be made through ReidsFH.com